Chances are if you’re reading this, you have a roof over your head and a warm comfortable bed to sleep in on a cold winter’s night.   But what if you were reading this on a computer at the library and after the closing announcement is made, you have nowhere else to go.   Do you join the other homeless people sleeping on the street?   What if you decided to stay right there in the library, which after all is for the Public.

That is the premise for the movie, The Public, a 2018 entry at the Toronto International Film Festival.    (We have a local theatre which shows TIFF selections the following winter.  It’s nice to see some of these lesser known indie films.  I need to add TIFF to my bucket list). 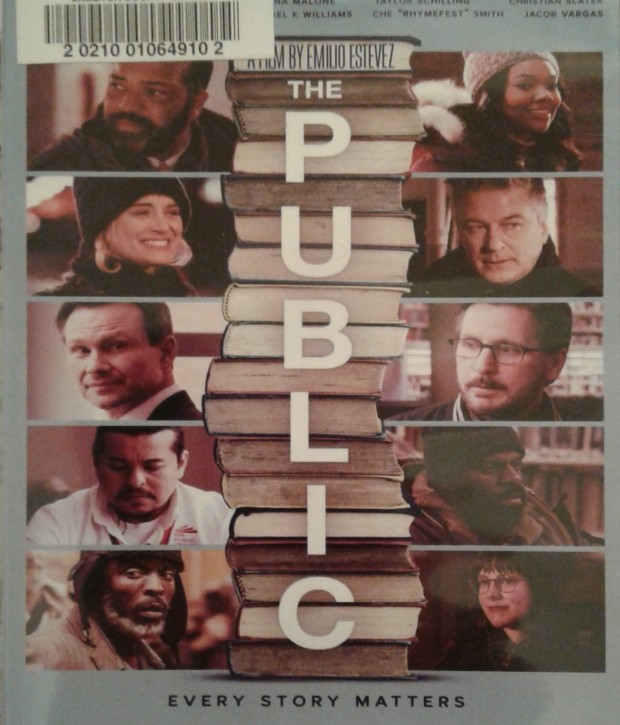 After one of their friends is found dead from hypothermia, a group of homeless people decide to stage a protest and occupy the library in downtown Cincinnati to escape the freezing cold.   Starring an ensemble cast, the film was written and directed by Emilio Estevez, who plays the role of the head librarian.   While the movie is a Hollywood version with perhaps not the best acting (with so many characters there’s not much time for character development), it’s worth a look, if only for it’s focus on such an timely topic.    (see Trailer at the end)

Homelessness is a growing problem everywhere, fueled by the increases in drug addiction and mental illness.   In many cities, rents are high and vacancies few.   Even in my own small city the homeless shelters are often full and they are planning extensions to meet the demand.   When there’s no room at the inn, the city has to cough up money to pay for stays in motel rooms – 99 people in total last year.   Sometimes the shelters don’t have any female beds.  Sometimes they’re not centrally located.   Some have strict rules on drugs and alcohol, some don’t.   It’s a complex problem and one not likely to get better anytime soon.

My first glimpse of a homeless person was decades ago looking down from the window of my hotel room near Times Square.   There was a man rooting through a garbage can and another one curled up sleeping in a doorway.  I remember being horrified.    (I’m reminded of the opening scene of the 2006 memoir The Glass Castle by Jeanette Walls, (link) where the author is riding in a taxi cab in New York City and sees her mother going through the garbage cans.  If you’ve not read this book it’s a riveting read about her escape from a childhood of poverty, much better than the movie version).    Homelessness used to be a big city problem but now every city and town is dealing with the same issue and the ones you see sleeping on the street are just the tip of the iceberg.   Many times the problem is a hidden one as the couch surfers and car sleepers are not as visible.

The street people are not so common in my city that I don’t notice them.  Although they seem to congregate in certain areas downtown where I seldom go at night unless to the theatre, I have noticed a few about during the daytime with all their worldly possessions loaded onto a cart.   Once I was at the farmers market and a woman was approaching people outside asking for money to buy food.   I gave her ten dollars but wondered if it would go for food or drugs?   A friend of mine gives out Tim Horton’s gift cards for this reason.  Recently a Tim Horton’s franchise was in the news after posting a notice on the door that patrons were not to linger longer than thirty minutes.  There was such a backlash that it was quickly taken down.  Of course the senior men’s coffee club members were upset, but it wasn’t aimed at them.  It was aimed at the homeless.  They had overstayed their welcome.   I remember seeing one young man, looking like hell on a bender, begging in front of the mall – someone’s son.    Last March there was a middle aged man holding a cardboard sign – Need Money for Food and Rent – at a busy intersection near Walmart.   He was there for weeks, with all the cars driving past him in the pouring rain, and the sad thing is there was a church just down the street which I’m sure must have tried to assist him.   Imagine how destitute you would have to be to resort to that.    Can you help people who don’t want to help themselves, who are just looking for the next fix.   While our Canadian government finances free injection sites and naloxone overdose kits, funded by tax dollars, we don’t even have a Rehab program for those who do want help.    They’ve been talking about it for years.

Obviously there are no easy answers, but the homeless shelter here is working on solutions.   It has programs which will try to find affordable housing and help with rent and utility bills.   How many people are just one pay cheque away from being evicted?   You can get food from the food bank or the soup kitchen and clothes from the thrift store, but the rent must be paid and a little financial assistance with overdue bills just might keep another person off the street.   A Circles social program has also been started, aiming to break the cycle of poverty by means of personal support for a family or individual.   It’s a small dent in a big problem but at least they’re trying.

When I returned the DVD to the library, I asked the library staff about their personal experiences.   While not really an issue at my small branch, those who worked downtown at the main branch mentioned them coming in to get out of the cold and using the washroom in the mornings to clean up, (a scene depicted in the movie).   They said there was always a box of donated gloves, scarfs, socks and toiletries for anyone to take if needed.   One even told me they gave someone a ride to the homeless shelter one night as the buses had stopped running by the time the library closed.   In the opening sequence of the movie there’s an old 50’s black and white newsreel, which talked about careers and the role of the Public library.    I’m sure no librarian back then envisioned that particular type of social assistance would one day become part of their job description.

If you enjoy a movie with a message, you might enjoy The Public, and no matter how good or bad your day has been, when you go to bed tonight be grateful for a warm bed to sleep in.

Trailer for The Public:

20 thoughts on “Give Me Shelter” 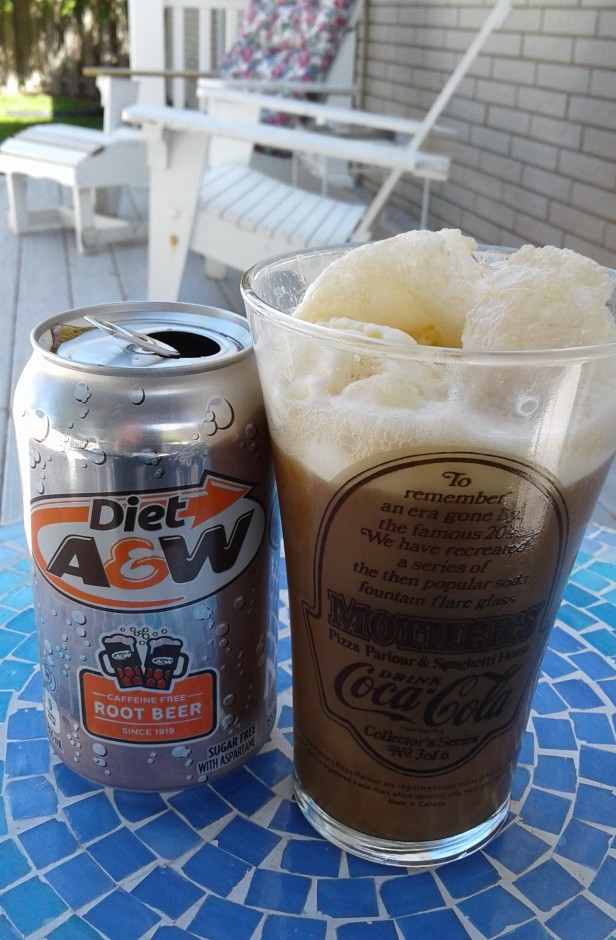 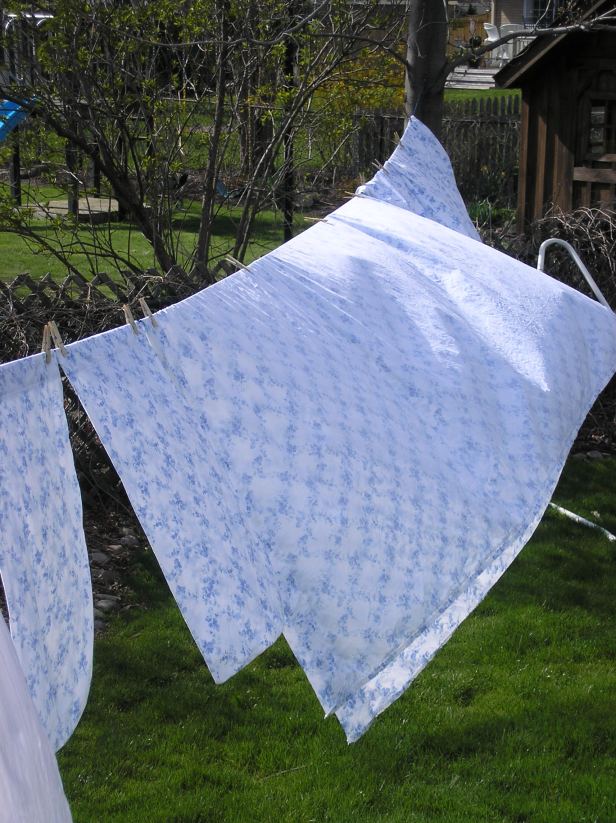 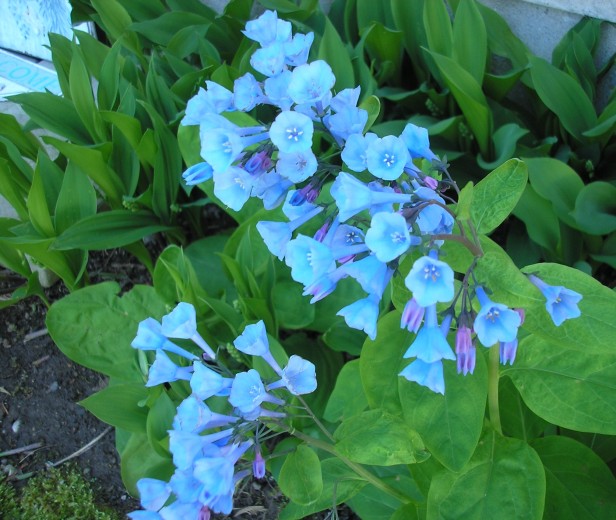