This is the time of year I used to be winging my way south to escape  winter for a week.    Travel-wise people routinely book flights months in advance to get the best prices for the prime travel season over the February/March break, but years ago travel was still an unknown venture for the vast majority of people.   Only 15% of North Americans had even been on a plane in the 1970’s.   It took the hippie generation of young baby boomers, staying in hostels and Euro-railing their way across Europe on $10 a day, to jump start the travel industry so that flying became a commonplace  experience.  In the Pan-Am years of the 50’s and 60’s with the first charter  trips to the Caribbean and Mexico (Acapulco anyone), travel was only for the fortunate few and the very rich.   The jet-setting life of airline stewardesses was advertised in books like Coffee, Tea or Me……a line that would surely be considered sexist now.    My SIL was an airline stewardess in the mid-80’s and said it wasn’t really all that glamorous….more like being a hard-working waitress in the air and trying to sleep in stuffy hotel rooms.

When I took my first trip in 1975, March break to Florida with four high school friends, we went on a bus.    While a two day drive, the bus at $380, was considerably cheaper than flying, and that included the hotel room.   I still have the set of baby-blue Samsonite luggage my parents bought me, not just for the trip but also for going away to university (currently in the basement  as I never throw anything even remotely vintage out).

Today the majority of people hop on a plane at least once a year and think nothing of it.   It’s hard to remember when flying was a new and exciting experience, whether someplace tropical or abroad.   (The whole concept of Abroad used to be considered exotic, bringing to mind an era of elegance, with ocean liners like the Queen Elizabeth and sleeping cars on the Orient Express).   Now flying is just routine, often fraught with headaches, and certainly not part of the fun of going away.   Unmanned check-ins and luggage kiosks, long pre-boarding wait times, luggage fees, cramped seats, no meals or drinks and a general lack of amenities have taken the fun from the friendly skies.    And consider yourself lucky if no one is ejected from your flight for rude comments or behavior, as many online videos can attest.    A friend of mine was so traumatized by a bad airline experience that when her husband found a great price on a mid-winter trip she turned it down because she didn’t want to have to deal with the airport.   (I am imagining a future where we might be instantaneously whisked away to our destination in our own magic bubbles like the Jetsons). 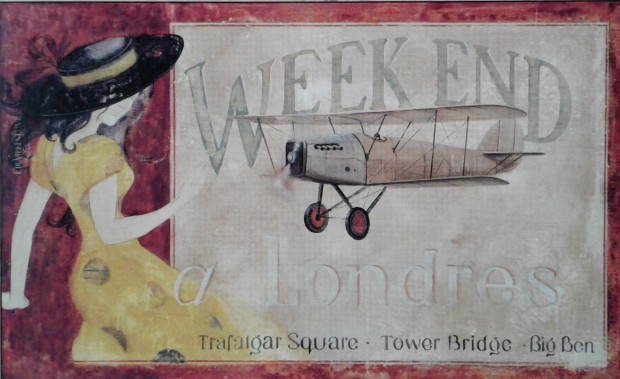 I was 24yrs old when I took my first plane trip, a two-week vacation to Hawaii, a popular destination in the 80’s but expensive even back then.    I flew on on a Wardair Boeing 747 Jumbo Jet, a 9½ hour flight straight from Toronto to Oahu – an experience I will remember forever.   Wardair was a Canadian airline company started by Max Ward in 1946 as a bush pilot operation carrying cargo from the Yukon and Northwest Territories to Edmonton, which eventually expanded into a luxury domestic and international travel fleet of aircraft.   Mr. Ward believed that PART OF THE FUN OF TRAVEL SHOULD BE GETTING THERE.    Wardair’s  motto was luxury “Steak and Champagne” flights at reasonable prices.   Here’s a Wikipedia link for more on the Wardair history.

During our long non-stop flight all 500 plus seats were treated to first class service.    My sister had warned me about the initial rush of takeoff, (which I found a bit scary), but the jet was so big once we were up on the air it felt like nothing at all.    The stewardesses (all female in those days) had passed out trays of candies in preparation for any ear popping.   About an hour into the flight we were treated to a champagne breakfast on real china, then they passed out hot towels.  The seats were spacious.   All drinks were free.   An in-flight movie followed, nothing I remember.   One of the stewardesses, a classmate of mine from high school, sat down with me on her break and regaled me with stories of her four day lay overs in Hawaii.     What impressed me most was the spiral staircase to the upper deck where there was a bar where you could mix and mingle, or just stretch your legs.     Imagine a bar in the sky – very James Bond.

Later we were served a wonderful filet mignon dinner on the special Wardair Royal Doulton china with snowy white draped tablecloths and napkins, your choice of wine, then coffee and a fancy dessert.    We read and rested, then more hot towels to wipe your face and hands before we arrived – at 3pm with the time change.   I remember descending into balmy weather where we were greeted with the traditional lei necklace welcoming us to Hawaii.   Yes, this flying was a wonderful thing – I was spoiled for life.

Fast forward a few years, and after a few cramped experiences with Air Canada (famous for frozen green peas and rubber chicken), and other airlines, I was less than impressed .  Flash forward to the 80’s and another set of luggage (wheels had been invented), with a vintage-style carry so chic it once got me upgraded to First Class and salmon. 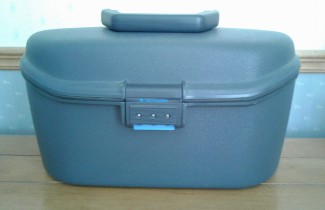 As a carry on it was pretty useless, but so Audrey Hepburnish, with all those little spaces for cosmetics and toiletries.    In regular class you still got fed, (I remember a particularly stale sandwich on a flight out west), but all the frills were gone.   A few more years, and Wardair was gone too…..bankrupt.   Mr. Ward had expanded too quickly and people were now being swayed by discount airlines, cheap flights and frequent flyer miles.

I haven’t been on a plane in years, for a variety of reasons – work, family, medical.   If there is one airborne germ circulating on the plane it will have no difficulty finding my seat.   My last trip was spent in a Mexican five star all inclusive resort with a sore throat and sinus cold so miserable I barely left the room, except to gaze upon the bougainvillea on the balcony.   The food was tasteless, and deficient in chicken noodle soup.   (At least in Hawaii the dreaded sore throat did not arrive until the second last day although it took three days for my ears to unplug from the flight home).    I do hope to travel again someday, but not in a run down but let’s cram everything into one week and arrive home sick and exhausted kind of way, but at a more leisurely pace.   When you are young, cheap and basic will do, when you are older, you require a bit more luxury and space.   High rise hotel rooms where you can’t open a window make me feel claustrophobic, so perhaps an Airbnb or renting a villa for a month would be more appealing.   In the meantime, while everyone is talking about their trips down south, I am thinking of this quote from a delightful book by Vivian Swift, who finally put down roots in a small Long Island town after twenty years of roaming the world   – When Wanderers Cease to Roam – A Traveler’s Journal of Staying Put.

In the meantime I am living vicariously through travel books – let someone else deal with the crowded airports and the lost luggage.

What was your worst airplane/travel experience?

26 thoughts on “The Golden Age of Travel” 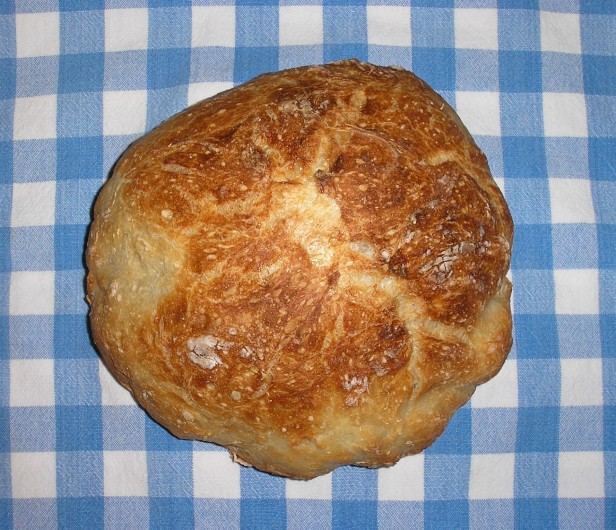