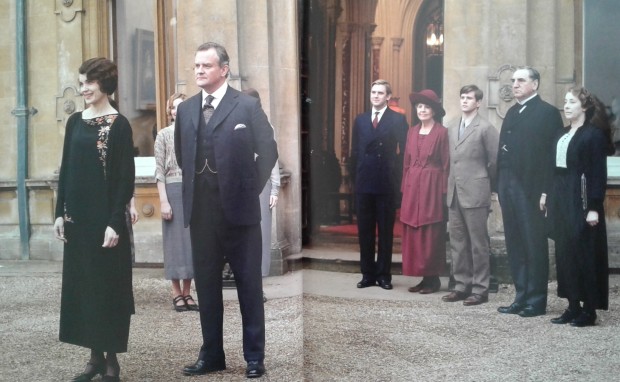 At the risk of sounding like an old fogy, it’s been years since I visited a  movie theatre – 22 to be exact – the last movie I saw at “the show” as we used to call it, was Titanic.   Yes, the year was 1997 and those actors are now middle-aged.   There hasn’t been a movie since where I felt I could not wait the minimal few months for it to come out on DVD, or it isn’t even called that anymore – become “available for home theatre viewing.”

So it was with much anticipation that I awaited the opening of the new  Downtown Abbey movie.   For stalwart fans of the Masterpiece TV series it was like coming home again, for it’s been three long years since we last had a glimpse of the Crawley family and their downstairs servants.   (See my Febrary post – Downton Abbey Revisited for more on their famous world.   Ah, the food, the fun, the fashions….) 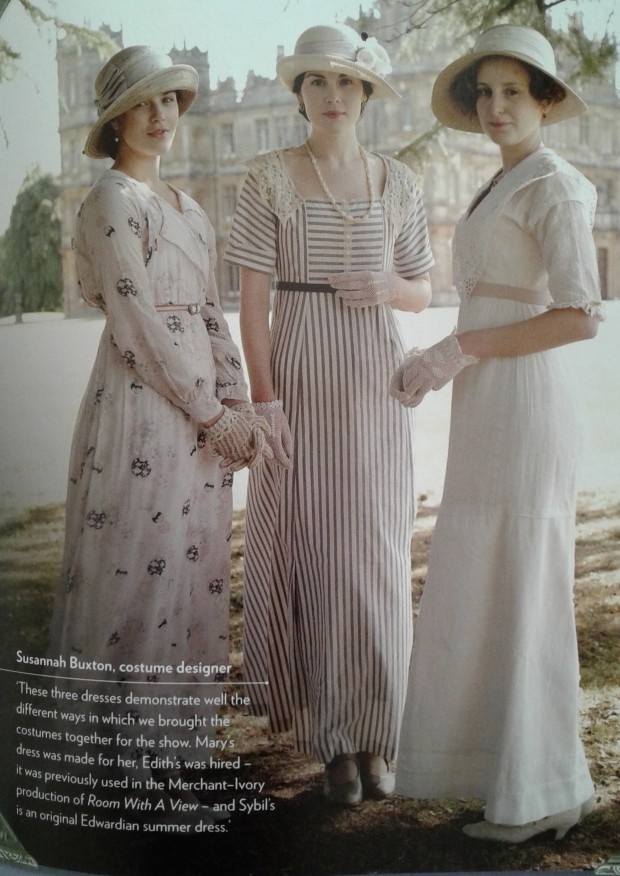 The old Cineplex theatre where Titanic last sailed, has been torn down and a new multiplex Cineplex built, as that was the most requested addition according to a recent mall survey.    As the average box-office movie-goer is now a teenage boy who is into Marvel/Star wars movies, that’s probably who they surveyed.   No one I know goes to the movies anymore, so we have only ourselves to blame for the dearth of watchable movies.

We decided to attend the noon matinee on the opening weekend, thinking the crowds would be fewer, and they were as when we walked in there were maybe fifty people at most.   The set-up reminded me of an IMAX theatre, an enormous screen with the seats facing downwards, but at least no one could obstruct your view.   I remember the last time I was in an IMAX theatre, decades ago for a Grand Canyon documentary, definitely not a good idea for someone who doesn’t like heights.   Speaking of heights, I wondered why almost everyone was sitting near the top.    We soon found out, as wow – that surround sound is certainly loud.   Even my mother, who denies being a bit deaf, thought it was way too loud.   As she was unable to climb higher than five rows up we stopped there, and had a lovely conversation with the lady in the seat behind us, who had recently had knee surgery and also found the stairs a chore.    Although there was a space below to store her walker, these places are really not designed for the handicapped…..steep uneven stairs, a long reach to the side handrail, and an elevation requiring a sherpa to achieve.    I watched the people coming down afterwards, mostly an older crowd, and everyone was navigating slowly as if coming down off Mount Everest.

The seats were fake leather, non-tilting and horribly uncomfortable – gaming chairs really.   They must have surveyed their 15 year old target audience.

The lights dimmed – therein followed thirty minutes of previews – lots of dark intergalactic forces at work on the planet these days, plus one unappealing Christmas rom-com staring nobody I knew.   I didn’t know they still made rom-coms, but Meg Ryan would not be caught dead in a silly green velvet elf suit.   The only one I was remotely interested in was Judy, and I can easily wait the three months to see Renee Zellweger as Judy Garland, which I’m sure will be an Oscar-worthy performance.   Most younger people would not even know who Judy Garland was, nor maybe Renee Zellweger either.

At least ticket prices are still reasonable…..$9 for a senior and $11 regular.  Big boxes of popcorn were $9 but small ones were $7 so you might as well spring for the larger size.    And what a variety of hot foods available, my lord – poutine at the movie theatre?   I happen to think poutine is a code word for future heart attack, but hey the target audience is invincible.

Oh yea….I was supposed to be reviewing the movie.

The Movie:   (no spoilers here)

There’s a big difference between writing a weekly series with an ongoing storyline and having to construct one from scratch in such a way that people tuning in for the first time are not hopelessly lost.   There were lots of intro scenes establishing the background and introducing the characters.   This probably accounted for the slow first half – I glanced over and my mother had fallen asleep, (1:30 pm is her usual nap time), but when I nudged her awake, she said she was just resting her eyes.   My eyes were sore too, as I found the screen way too close even from five rows in the midsection and wished we were higher up the mountain.   Where is a sherpa when you need one….

The characters seemed somewhat subdued.   It took them awhile to don their familiar roles, which is to be expected I suppose as when you are playing someone weekly it’s easy to slip into character again.  They were rusty – not Mary or Violet though.   Although everyone had a story, some were larger – Mary, Tom, Thomas and Daisy.   Daisy really seemed to be coming into her own.   Maybe they should give her a spin-off series?    Some characters barely had a part – Cora, Robert and Mr. Bates, and Henry just showed up at the end leaping of a car in time for a ball, although for a tall skinny guy he does leap well.   The plot line seemed thin and weak to me – but then I’m not really a monarchist.   It’s hard to get too excited about a visit from the King and Queen when they couldn’t even be bothered to make an appearance the past six years – much ado about nothing – but I suppose for the time period, serving king and country and all that.  Perhaps I am unfairly comparing it to the fast-paced series where scenes seldom lasted more than a minute or two and you were constantly left in suspense, wondering how things were going to turn out.  This ending was preordained.

The sets and costumes were lavish as usual, as Julian Fellowes is one for details, but perhaps a wee bit less extravagant than usual.   As I had read it cost 1 million pounds/dollars to film each episode of DA, I wondered if  having already dismantled all the sets (except for Highclere), they had to make do.  Big box movies have a budget too.   If the substitute rooms didn’t seem as familiar or as opulent then maybe I have just watched too many episodes and know that the place settings would never be that close together for a formal dinner with the King and Queen, where Mosley makes a speech…..oops small spoiler.   The table did seem rather crowded.

Will we get a sequel?   We could – there were a few unwrapped hints, Edith’s comment about missing her job, Tom’s new romance, but I suppose it depends on how much money is made.

Most newspaper reviews have rated the movie a three star, but of course to DA fans it’s a five star.    I would tend to agree with both of them.  While I enjoyed it – it was good, not great.    Actually, I think I enjoyed any of the two hour spectacular Christmas specials more, except of course the one where Mathew died, a tragic ending so unexpected it made some people tune out permanently.    So don’t feel bad if you don’t have access to a mountain near you, you can easily wait until it comes out for home viewing…..and you can save on the popcorn too.

Overall, while it was slow to start, it picked up speed and finished with a grand, if somewhat sad, flourish – leaving us wanting more.  But there’s a small part of me that wishes he had just left them frozen in time at Christmas/New Years 1926 where everything was wrapped up neatly with a big bow.

Postscript:  My apologies for not commenting on anyone’s blogs this past month.   Real life has interceded with the Cold-From-Hell (me), plus my mother was hospitalized for a week, she’s home now and on the mend, but I have not had internet access so I have not been able to read here at all. 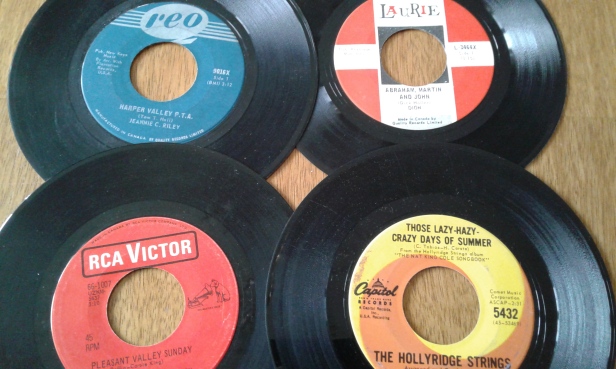