(This months Book Review may motivate you to eat healthier…..or you may just crave a piece of cherry pie.)

A few weeks ago I attended a Harvestfest supper prepared entirely from  locally sourced food.   Although I had intended this post to be a restaurant review of that meal,  it grew too long so this will be the literary review for the month.      The books discussed here are older ones but they inspired me to try and eat better.   If you’re not into books, please feel to skip right over to the main menu.   (see Part Two for The Harvestfest Supper).

Many of us have the desire to eat healthier, but in today’s fast paced world it’s becoming more difficult to do so, hence the arrival of all those companies who will conveniently, albeit for an outrageous price, send you weekly pre-measured food preparation parcels – voila, supper in 30 minutes, as if a grown person wasn’t capable of going to a grocery store, buying food and preparing it just as quickly.    Perhaps there are fewer left-overs, but aren’t leftovers a good thing and would you really enjoy all those recipes they send?   As well, a large percentage of debt-ridden people eat out several times a week, a major hit to the family budget, and now you don’t even have to go out as those grub-hub apps will deliver the meal right to your front door.  And then there is the ever present lure of fast food restaurants so conveniently located along strip malls everywhere.   No wonder we have all forgotten how to cook, or in my case never bothered much.

For many years eating local was the standard way of life.   When half the population lived in a rural environment you ate what you grew or raised.    My mother says that in her early married years, she only visited the grocery store for a few staples, which she bought with the $8 twice weekly cream check.   My father had dairy cattle so cream, milk and butter came from the cows, meat, chicken and eggs were all raised organically on the farm, and a large fruit and vegetable garden supplied canned goods and jams over the winter.    Self-sufficiency without delivery – although the breadman and milkman did make home deliveries.

Things started to change in the mid-60’s with the arrival of processed food.  For an understanding of this shift in food production, I found a series of books by author, Michael Pollan to be excellent reads.    His 2008 book, In Defense of Food, is famous for it’s mantra, “Eat Food, Mostly Plants.  Not Too Much.” and “Don’t eat anything your grandmother wouldn’t recognize”.

In Defense of Food: An Eater’s Manifesto by Michael Pollan

“Eat food. Not too much. Mostly plants.” Simple words that changed my eating habits ten years ago when I first read this book, or at least made me stop and think first. Don’t eat anything your Grandmother wouldn’t recognize as food. Also wise words. This book provides an interesting history and peek into the multi-million dollar processed food industry – what started out as an attempt in the fifties to make food better and healthier and last longer, has backfired so that we now have transfats, plasticizers and softeners in our bread and fast food burgers which never decompose. Certainly an eye-opener – you may never eat the same way again.

The Omnivore’s Dilemma: A Natural History of Four Meals by Michael Pollan

In his 2006 book, The Omnivore’s Dilemma, he discusses how food scientists thought they were improving food stability and palatability by adding chemicals and preservatives and such.   And while no one would argue that organic vegetables don’t stay fresh as long and bakery bread does tend to grow mold after a few days, if you look at the long list of unpronounceable ingredients on a box or can in the grocery store, it does seem strange to want to manipulate food from it’s natural origins to a more chemical state.

Perhaps their intentions were good, and Tang orange crystals did supply the astronauts with vitamin C (although I remember it as tasting rather artificial), but starting in the 60’s the processed food revolution had begun – with snack foods, frozen TV dinners, cakes from boxes and fast food burgers – and there was simply no stopping it.   It was convenient and it tasted good – who cared if it was good for you.

Like many farm women, my mother was a wonderful cook, of the plain meat/potato/vegetable type and we had plenty of homemade cakes, pies and cookies.     So while I may think I grew up eating healthy nutritious meals, and most of the time I did, by the sixties we also had penny candy and weekly trips to McDonalds on grocery shopping days and Saturday night treats of potato chips and pop (usually Coke) while watching Hockey Night in Canada.  Of my poor student days I have absolutely no recollection of what I ate, (did I eat?) other than residence food the first few years which was so bad I lost ten pounds.    Once I had an apartment with a kitchen we still never cooked but ate cheap meals like beans on toast, (never KD though), grabbed yogurt and grilled cheese from the student cafe, and drank endless cups of mostly vile donut shop coffee.   Our idea of splurging was an occasional trip to Bloor Street – Swiss Chalet (chicken), Steak and Burger (tough steak but warm apple pie) and Mr. Submarine (still the best subs IMO).   When I started working I had to contend with decades of hospital food, some of which used to be quite good when it was prepared from scratch, (I remember our cafeteria serving Seafood Newburg in the early 80’s before the discovery of cholesterol), but which eventually turned into those cook, chill and reheat meals which are now standard hospital jokes – if you’re well enough to complain about the food, you can go home.    I usually brought my lunch, except for the soup – as they always had some kind of homemade soup, probably loaded with salt.    After I changed jobs I was often too busy to eat, and lunch would be chocolate milk or half a sandwich grabbed in the staff room, and I would arrive home at night ravenous and eat whatever was in sight.    BTW, the invention of microwaves in the 80’s was a godsend, as then you could quickly reheat leftovers.

Now that I’ve thoroughly scared myself with a review of my poor dietary habits over the years, I resolve to do better.  The Michael Pollan books have made a big influence on my food choices.   I read food labels now.   Buy as little processed stuff as I can and generally try to eat better, except for deserts, in moderation.  And isn’t that the more sensible way – everything in moderation.    It’s why diets don’t usually work – if you crave something, eat it, a small portion.   I craved cherry pie the other day, so I had a piece and froze the rest. The French way of eating, including lots of walking, is based on this principle.  As eating is one of the pleasures of life, why deprive yourself.

Recently they have changed Canada’s food guide to emphasize fewer meat and more plant sources of protein, but I wonder how practical that is – are you really going to get people to eat more tofu, legumes and nuts?   It is accessible or affordable?    Maybe – those vegetable burgers seem to be very popular, but aren’t they just another form of manipulated processed food, fried on the same greasy grill as the meat ones?

I’m certainly more of a foodie now than I used to be, but in moderation, not like those food network shows which drive me crazy with their pretentiousness – it’s just food folks – no need to have a melt down over a slightly burnt creme brulee when half the world is starving.    But I have become more selective in my eating habits.   When I eat something now I want it to be nutritious as well as delicious.  As we get older we worry more about maintaining our health – and as the saying goes, you are what you eat.  If you are in need of motivation – check out the books.

Enough of the discussion, on to Part Two – The Harvestfest Supper.    As Julia Child used to say, “Bon Appetit”! 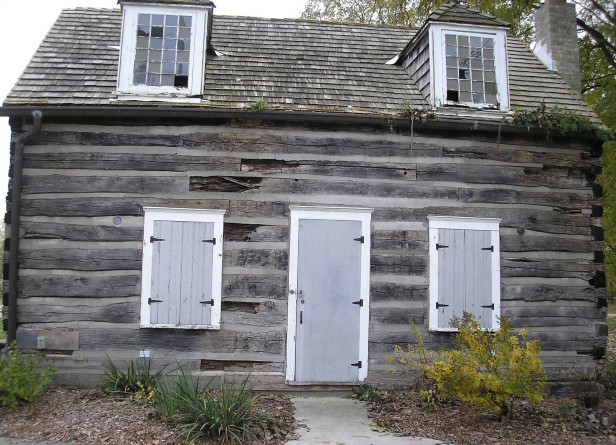