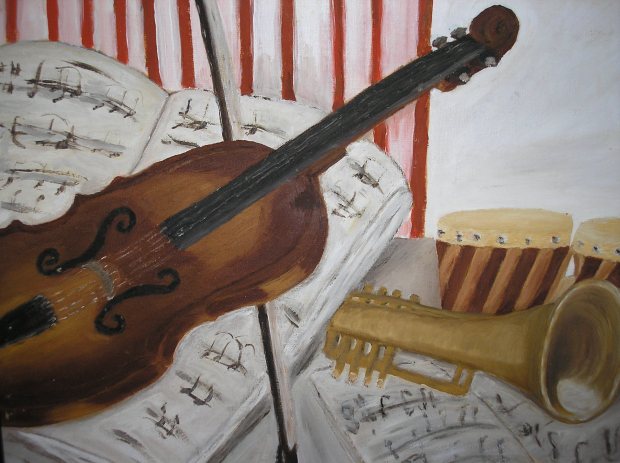 I have been listening to Christmas music lately, because it’s hard not to, with it blasting over the intercom twenty four hours a day in every store and workplace, telling us ’tis the season to be merry and be of good cheer, fa-la-la-la-la-la-la.  This is the most profitable time of the year for most businesses and they are just doing their part to get us into the Christmas spirit.   I love Christmas music, I really do, but in small doses, and not the same old songs, over and over again.  You hardly ever hear a lot of the old Christmas classics anymore, especially if they are religious hymns, so last week when I found a stack of vintage records from the 40’s and 50’s in my mother’s basement it was like finding treasure.   They were stored in brown cardboard albums, a 78 in each paper sleeve, mostly Hit Parade tunes, 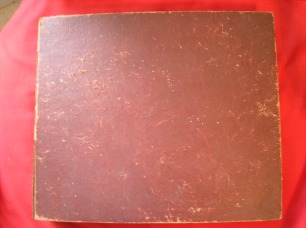 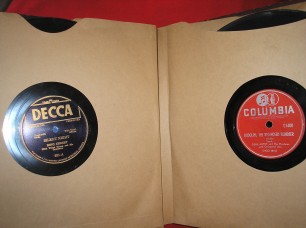 but also a few smaller 45’s of children’s music.   I was surprised at how thick the vinyl was, compared to albums from later years. 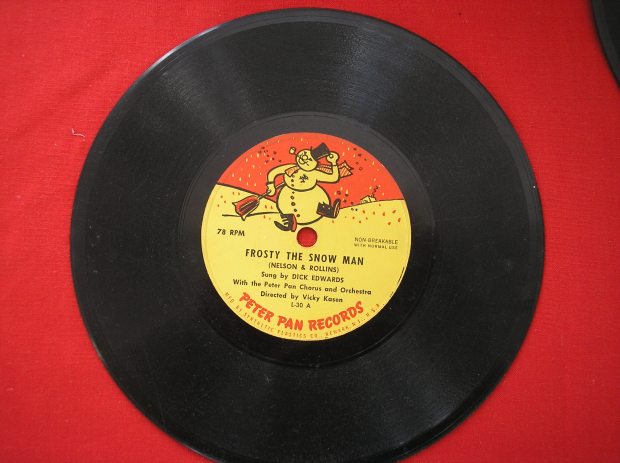 I didn’t recognize many of the Hit Parade ones but I took a trip down memory lane with the 45’s – Horace the Horse, On Top of Old Smoky, Did You Ever See a Lassie – the lyrics came back in a flash.   We had a portable stereo in the sixties and then one of those big furniture cabinets in the early seventies that played eight tracks too, but my mother says she remembers playing those vintage records on an old phonograph that you wound up by hand when she first moved to the farm in 1944.   Her farm had hydro, but my father’s didn’t until after the war.

There were a few Christmas classics in the bunch – an original Columbia records Gene Autry – Rudolph the Red Nosed Reindeer, (one of the best selling records of all time), with If It Doesn’t Snow on Christmas on the B Side, and a Silent Night/Oh Come All Ye Faithful and Silver Bells by Bing Crosby. 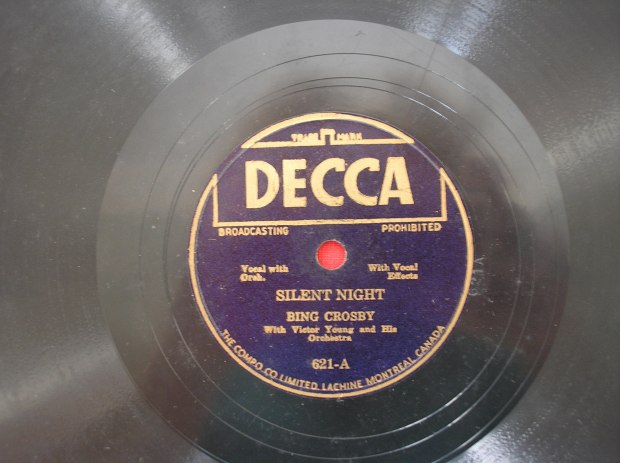 The children’s 45’s included Frosty the Snow Man, with God Rest Ye Merry Gentleman and Joy to the World on the flip side, and Santa Clause is Coming to Town with Silent Night.    (Note to self – check Ebay to see if any of these are worth anything…just out of curiosity, you can’t sell childhood memories).

I used to listen to Christmas music every day during my commute to work, (while an hour a day of Christmas music can be good for the soul, listening to it for eight hours a day in a retail environment is not).  I would flip over to an American radio station which had made it a tradition to start playing it the day after Halloween.   This station tended to play the same soundtrack, over and over again, and while I liked most of the selections, there were some that just made me cringe and change the dial – Feliz Navidad, You’re a Mean One Mr. Grinch, Simply Having a Wonderful Christmas time, I Saw Mommy Kissing Santa Claus, Santa Baby, the Charlie Brown Christmas instrumental, and that annoying Chipmunk song. Grandma Got Run Over By A Reindeer is just plain wrong, what kind of song is that for little kids, reindeer bashing at it’s worst!    And I am probably the only person who doesn’t like Mariah Carey’s, All I Want For Christmas Is You – that high note at the end hurts my ears, and it reminds me of old episodes of Ally McBeal walking home by her lonely self at the end of every single episode.  I can listen to Jingle Bell Rock and Rocking around the Xmas Tree, but only once per season.   While I realize everyone has individual favorites, why would they include those when there are so many wonderful songs to get you in the Christmas mood.

Old Christmas hymns can bring on an instant attack of nostalgia.  Going through the stack of old albums from the sixties I came across Christmas with Mitch Miller. 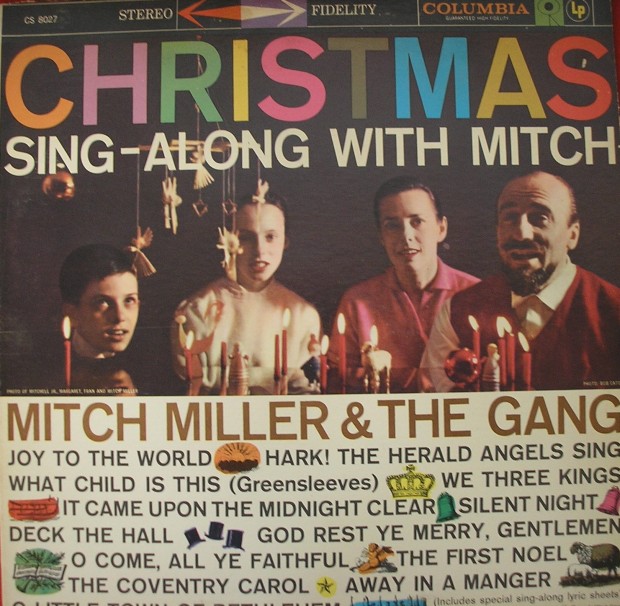 When my dad used to watch Sing a Long with Mitch on Saturday nights, there were lyrics at the bottom of the tv screen, and yes tucked inside the album cover was a yellowed song sheet if you wanted to sing along.   Does anyone remember when newspapers used to print songbooks for caroling at Christmas?   What wonderful memories that album evoked, of going to midnight mass, when it was still at midnight, and struggling to stay awake, while the choir boomed out a resounding version of Hark the Harold and Joy to the World at the end, and you went out into the frosty night wishing everyone Merry Christmas, and then home to a midnight feast of bacon and eggs and sausage and then to bed way past one.  This was a family tradition as we always slept in on Christmas morn, except for my poor mother who would get up at 4:30 to put the turkey in the oven for the 1:30 dinner with our grandparents and then go back to bed.   We weren’t allowed to open our presents until my dad came in from milking the cows.  The last time I went to Christmas eve mass, about a decade ago, it was at 9pm and there was folk music, which was okay but not compared to these…

The Andy Williams Christmas album was another favorite, 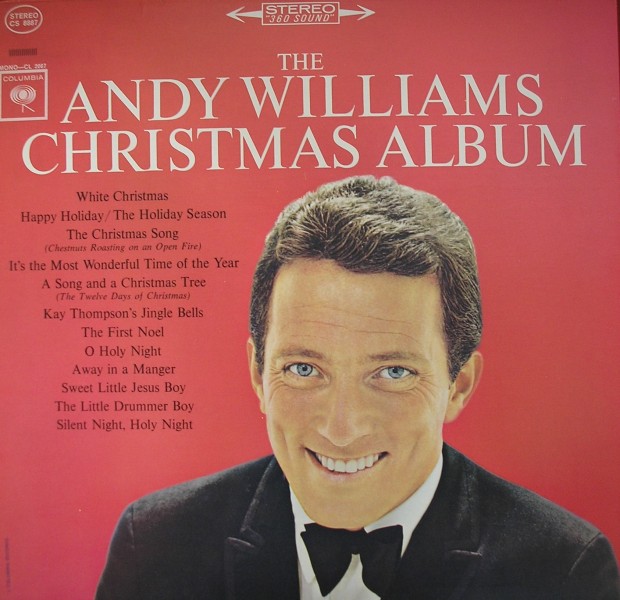 (although I now dislike the highly overplayed Most Wonderful Time of The Year), as was Burl Ives, Have a Holly Jolly Christmas.  My mother used to sing that in the kitchen, and it really was her favorite time of year.  We didn’t have a lot of money growing up but my parents always made sure we had a good Christmas.  Other memorable songs off that album were, Please Send Some Snow For Johnny, and Silver and Gold.   Other great albums were the Carpenters – Karen Carpenter had the clear pure voice of an angel, (There’s No Place Like Home For The Holidays, Merry Christmas Darling, What are you doing New Years Eve), Boney M (Mary’s Boy Child, I’ll be Home for Christmas, When Darkness is Falling) and the whole soundtrack of the movie White Christmas, (Snow, The Best Things Happen While Your Dancing, Count your Blessings, and the army songs).   My Dad had a deep baritone like Bing Crosby, and used to sing the odd line in the barn while feeding the cattle, so I have a hard time listening to White Christmas.   Any Christmas song that makes you think of happier times can be a sad song when you are feeling nostalgic for Christmases past and loved ones who are gone.   Then there are others, the songs that are just plain sad, like Grown Up Christmas list, I Heard the Bells on Christmas Day, I’ll Be Home for Christmas if only in my Dreams, Blue Christmas, The Christmas song (NatKingCole), Silver Bells etc.    I love the Rosemary Clooney verision of Have Yourself a Merry Little Christmas, but that line, “through the years we all will be together, if the fates allow” always makes me feel sad.

If you want some merrier songs – We Need a Little Christmas, Must Be Santa, Christmas in Kilarney, We Wish You A Merry Christmas, are good choices and I can even stomach I Want a Hippopotamus for Christmas if there are some wee ones around to march to the beat.   Ring Christmas Bells by the Trans-Siberian orchestra remains a personal favorite of mine for it’s uplifting beat, their Christmas Cannon is a like a soothing meditation with a children’s choir, and Here We Come Awassailing reminds me of a Dickens Christmas.

For romantic Christmas songs you can’t beat, Let it Snow, Baby It’s Cold Outside or Sleigh Ride, for invoking visions of a simpler old fashioned time.  Who wouldn’t want to go for a ride in a one-horse open sleigh like Currier and Ives? 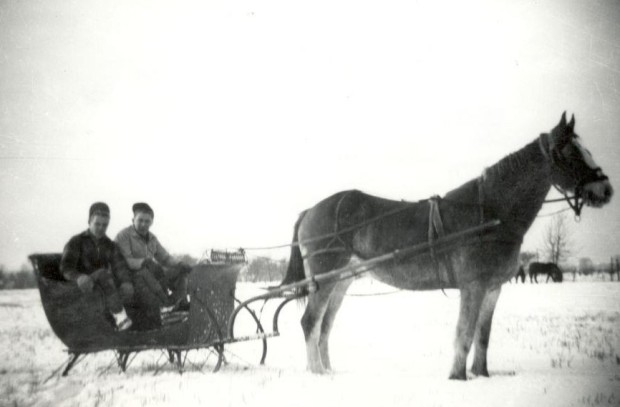 This is a picture of my uncle in the old cutter sleigh from the farm.   When we were kids the sleigh was stuck up in the rafters of the implement shed where it’s black leather seat made a fine nesting place for mice.  In the early nineteen hundred’s my ancestors used to go to church in this very same sleigh when the roads were bad, because despite the snow and the cold, no one ever missed church! 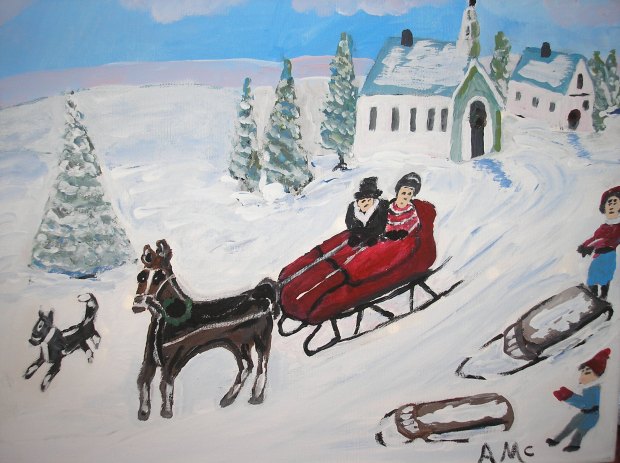 There’s a wonderful stanza in Sleigh Ride – “There’s a happy feeling nothing in the world can buy.  When they pass around the coffee and the pumpkin pie.  It’ll nearly be like a picture print by Currier and Ives. These wonderful things are the things we remember all through our lives.”   When we are older we don’t remember most of the presents we got, but we do remember the whole family sitting around the dinner table and talking and even after the big turkey feast there was always room for desert.   After the table was cleared, we ladies would spend two hours in the kitchen hand washing dishes, and then it would be set again for evening supper after the presents were played with and the chores were done, and we would end the day with a late-night game of euchre, except for me.  I would be curled up in a corner reading whatever book Santa had brought me, as that was always my favorite present.  (There may be a blog on Dickens A Christmas Carol next week if time and snowstorms permit). 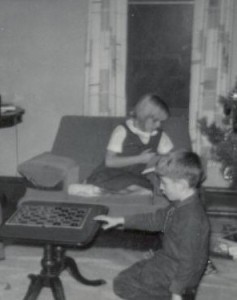 Down in my basement I have an old stereo unit that I bought at Sears years ago.  It plays cds, tapes and albums, and while I’m wrapping presents this year I will be singing along with Mitch.  What’s on your Christmas playlist?  Your most loved and most hated Christmas songs?  Please leave a comment if you wish.

Song of the Day:  Joy to the World – Mormon Tabernacle Choir – click here for music link

4 thoughts on “Joy to The World – Christmas Playlist” 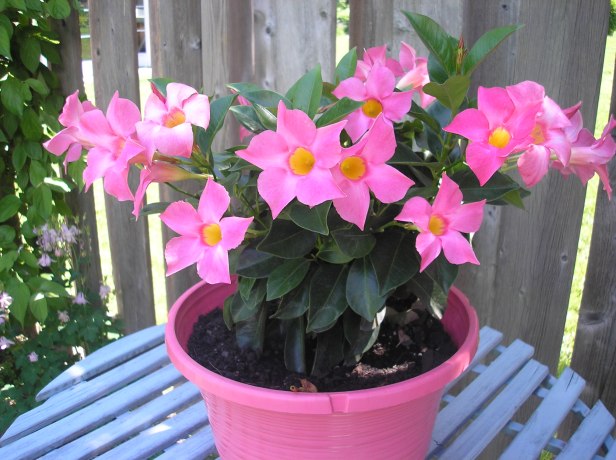